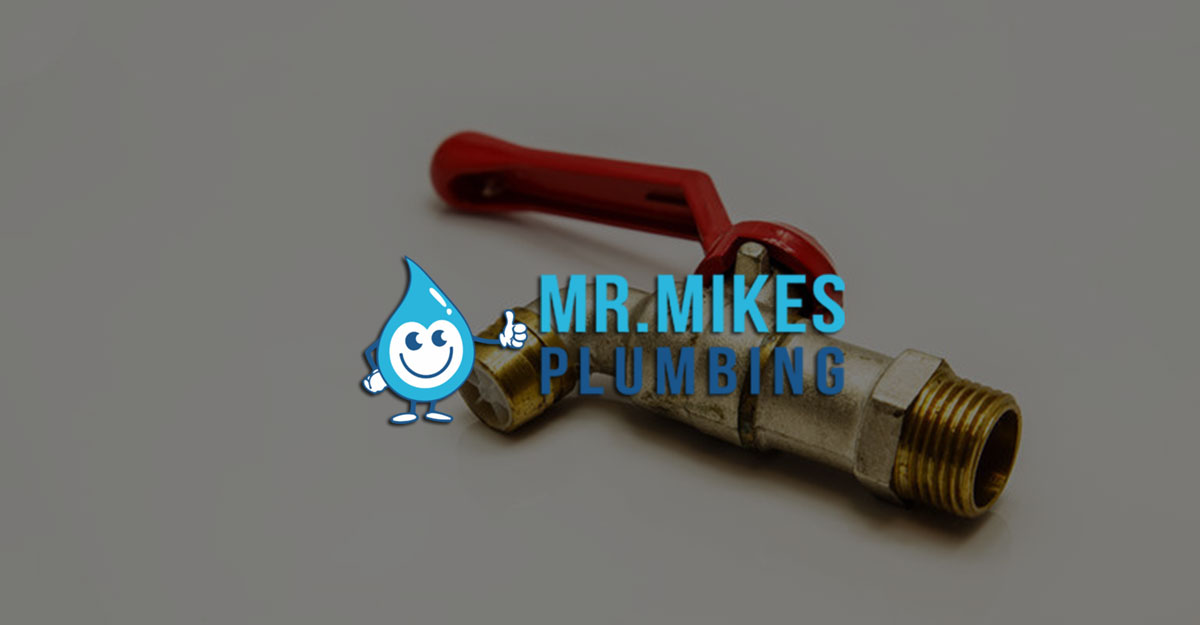 Valves, faucets, and stop cocks are used for controlling the flow into, through, and from pipes. The use of the terms “valve,” “faucet,” “cock,” “bibb,” “stopper,” “tap,” etc. has created such confusion that there is an attempt to confine them all to one term. The proper name, according to the Brass Manufacturers’ Association, is faucet. This does not seem to cover all of the possibilities, however, so that the terms “valve,” “faucet,” and “cock” have been used in this text with the special meanings.

Valves are made of malleable iron, plain or galvanized; of brass, rough, polished, plain or nickel plated; of bronze; of cast iron with plain, brass, or bronze parts; and of less corrodible metals for special conditions. Faucets for household installations are usually made of brass, plain or nickel plated, although there is a tendency to use faucets made of a white alloys as these stand polishing better than nickel-plated brass. Practically all except very special types of valves are available in all pipe sizes up to and including 12 in.

Valves can be obtained with both ends threaded with outside threads. Valve handles are made of the same materials as the valves, or they may be made of wood or lined with wood, porcelain, or other material. Handles are made in the shape of wheels or as straight shafts.

“Faucet,” “bibb,” “cock,” etc. are terms used synonymously with valve but they are more especially applicable to water-supply outlets from plumbing fixtures. They are generally available in all styles with either inside or outside threads, in sizes from 3/8 to 1 in.

The loss of pressure and discharge rates through various types of faucets are shown in table.

The mechanism consists of two ground-faced metal disks which fit against a double ground-faced metal seat. The valve is closed by turning the handle attached to the stem which forces the disk down on to the seat. The non-rising stem is the type commonly used on small pipes. A gate valve is a very satisfactory type of valve because of the full waterway opening provided and the absence of packing around the valve seat. The valve may be placed upon the pipe in any position and with either face against the pressure. Packing is required about the valve stem, however. This is kept in place by means of the stuffing box, or gland. A quick-closing gate valve, can be completely closed or opened by a quick, short movement of the valve handle.

The gasket or disk is forced down upon the seat of the valve by turning the handle, thus shutting off the flow of liquid or gas. If the valve leaks at this point the gasket must be replaced or the packing around the stem of the valve must be renewed. This is done by removing the bonnet after the pressure has been shut off in the pipe, and slipping a new gasket into place or replacing the packing.

Globe valves are made with a ground-faced metal disk fitting against a ground metal seat. An objection to the use of this type of valve is the difficulty of stopping leaks when once started but they are more suitable on steam and hot-water lines than valves depending on gaskets for their tightness.

In placing a globe valve on a pipe it is desirable, but not essential, that the valve be placed so that the flow is upwards through the orifice and that the disk is screwed down against the pressure in shutting the valve. Globe valves are used to a great extent on plumbing systems in spite of the fact that the loss of pressure through them is higher than for many other types of valves available. This loss of head is due to the small and tortuous passages through the valve.

Globe valves are not suitable on hot-water and steam pipes unless a special type of packing is used in them. An added objection to their use is the impossibility of draining the pipes because of the trap caused by the valve seat, which rises nearly to the center of the pipe, unless the valve is placed on its side.

An angle valve, is a special type of globe valve which does away with some of the objections to the straight globe valve and is suitable for use on a 90-deg. change of direction in the pipe. The opening through an angle valve is usually larger than through the straight globe valve, the passage through the valve is straighter and it offers no obstacle to the drainage of the pipe. Angle valves are found useful in close work where but little space is available. Their use replaces one fitting on a pipe line.

The principal advantages of this type of valve include the clear and unobstructed waterway offered when the valve is opened, the absence of soft packing to wear out, its suitability for hot water, and the fact that it can be completely and quickly opened by a one-quarter turn of the handle.

There are two principal objections to the valve: one arises from the possible water hammer which may result from the too quick manipulation of the valve; and the other is that when the key becomes badly worn the valve may leak or jam and it is difficult to make repairs. Such valves are used almost exclusively as corporation or curb cocks and are quite popular on faucets for kitchen sinks.

In operation a back-water valve for a drainage pipe, the reversal of flow through the valve will force the closing disc into place thus cutting off the flow. In the installation of the check valve care should be taken that it is placed in the correct position and that a valve designed for a horizontal pipe is not placed on a vertical pipe or a vertical valve is not placed on a horizontal pipe, etc. Check valves are available for all positions.

A balanced valve, is used on pipe lines operating under such a high pressure that the opening of a gate valve or the closing of a globe valve against the pressure would be difficult. Balanced valves are also used on automatic-control devices such as filter rate controllers, engine governors, water-closet tanks, pressure regulators, etc. The valve has an inlet and an outlet end and it must always be placed with its inlet up stream. The pressure is then exerted equally against both discs and to move the discs it is necessary to overcome only the friction of the valve parts and to move the weight of the mechanism.

Another type of regulator is a less expensive type than the one described above but it is suitable only for the smaller sizes of pipe. It operates as follows: The high pressure from the inlet side operates against the disc (the lower disc) to hold the valve open. The low pressure on the outlet side of the valve operates against the disc (the upper disc) which is larger in area than the other disc. The two pressures, with the aid of the spring, just balance each other to hold the valve open in the correct position. Desired differences in pressure are obtained by adjusting the spring by turning the screw.

Wherever pressure-reducing valves are installed on the service pipe of a building a by-pass should be provided for use when the valve is out of order. A pressure-relief valve should also be used to prevent the generation of excessive pressures in the plumbing system.

Pressure-relief or safety valves are used to prevent dangerously high pressures in plumbing systems, and for many other purposes. They are essential on hot-water supply systems where check valves are used to prevent the back flow of hot water and provision is not made for the expansion of the water or the possible generation of steam. The disc is held in place by an adjustable connection in the spring. When the pressure becomes too high, the disc is forced off its seat and the pressure in the tank or conduit is relieved. The valve should be designed with a free opening equal to or greater than the cross-sectional area of the pipe in which the pressure is to be relieved.

An air-relief valve are used on water-supply systems in which air may become entrained to such an extent as to become a nuisance. If used, the water-supply pipes should be laid out on such a slope that air will rise through the pipes to the valve which is placed at the highest point on the system. The valve operates as follows: When the valve is filled with water the float presses the valve shut and no more water can escape. A bubble of air, rising through the air-relief pipe, will enter the valve chamber and displace some of the water therein. The float will drop thus opening the valve to release the air. Water will immediately follow into the valve chamber raising the float and closing the valve again.

The most common type of valve used in the suction and discharge chambers of pumps acts as a check valve allowing the water to flow in one direction only. Pressure beneath the valve lifts the leather disc off of the valve seat uncovering the port and permitting the passage of water. On the release of the pressure beneath the valve the reverse tendency of the water, aided by the valve spring, forces the disc back on to the seat. A foot valve consists of a large number of small “common” valves placed in the bottom of the foot piece. Another type of foot valve consists of a single, hinged flap in the place of the many small valves.

A butterfly valve consists of a disc, somewhat like the damper in a stovepipe, which is shaped to fit the inside of the pipe as far as the disc will turn. When the valve is closed the disc fits against a ground faced seat, but unfortunately it is difficult to make and to maintain a tight fit for such a valve. Butterfly valves are used in automatic apparatus, in throttle valves, and as quick-closing valves.

Needle valves are used in the handling of gases or where it is desired to obtain a very fine adjustment of the opening of the port.

The pet cock, air cock, or faucet, is used as a drain for pipe lines, valves or appurtenances; to test containers for the presence of liquid or gas under pressure behind the pet cock; for connecting pressure gages; and for other useful purposes. They are seldom threaded for pipe larger than /3/8 in.

The stop-and-waste valve, is used on water-supply lines, and so operates that when the water supply is shut off the water remaining in the pipe, on the non-pressure side of the valve, will drain out through the waste which is opened when the pressure side of the valve is shut off. A stop-and-waste valve should be installed on the house end of all service pipes where the service pipe comes through the basement wall of the building, or if a meter is installed it should be placed close to the meter and on the street side thereof. This type of valve is essential to the protection of the water pipes against freezing when the heat and water are turned off in a building in cold weather.

Water closets may be flushed by admitting water directly to the bowl of the closet from the water-supply pipes of the plumbing system. In order to avoid the use of an excessive amount of water a valve should be used which will remain open just long enough to deliver the required amount of water and will then close automatically. It should be so designed that it cannot be held open for full flush.

Many types of water-closet flush valves are manufactured, each showing some difference from the others.