CPVC Piping Costs Cheaper Than Copper and Is the Best

CPVC Piping Costs Cheaper Than Copper and Is the Best 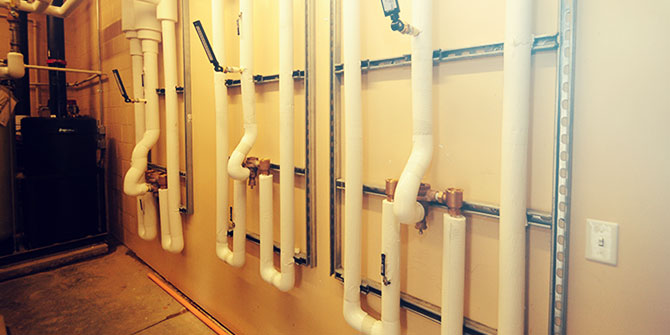 For a long time, the main material that was used for plumbing was copper. This is because more than eighty-five percent of all residential and commercial builders preferred to use it. Some of the advantages of using copper were believed to be the fact that if the installations were carried out perfectly and the water going through it was not acidic, then it would be highly reliable. However, in the recent years, there has been a wide range of new plumbing materials that are quickly overthrowing the use of copper. One such material is CPVC also known as chlorinated polyvinyl chloride. It has been argued that CPVC piping costs cheaper than copper and is suitable for both commercial and residential buildings.

For the homebuilders, they prefer to use it because unlike copper, it makes their work easier because it is light. This enables them to handle it without difficulty and having to rely on numbers to make perfect installations achievable. Home builders also prefer to use CPVC as the best plumbing material because it is easy and quick to install unlike its counterpart copper which takes so much more time because they have to cut it to suit the plumbing system they are making. When installations are made, using copper, there will be need for welding to be used to bind the plumbing system well and this will translate to more electricity usage and as such increasing the cost of installation.

This is unlike if CPVC is used which does not require any welding to be carried out. CPVC piping costs less than copper piping for the owner of the home because it goes a long way in conserving energy. This is attributed to its thermal qualities that enable water to stay warm for long periods. This means that if the plumbing is used to carry heated water to use in the bathroom then there will be no need to constantly turn on the heating system. CPVC is also known as a great material that is capable of reducing the condensation rate of heat at any given time. Copper is often known to be highly corrosive this cannot be said about CPVC piping. In fact, CPVC is known to be one hundred percent resistant to corrosion and build up.

This in turn translates to making sure that there will be no need to neither change the plumbing nor will there are any cases of constant maintenance and this in the long run will go a long way in reducing the cost of the whole plumbing system to the advantage of the homeowners. The pricing of CPVC is at any given time at a stable market price. This is unlike copper that changes with the market conditions. This fact makes CPVC a good plumbing choice because in the case that the homebuilders had bought less material they would still find it retailing at the same price. This reduces the costing of buying the materials and makes CPVC piping costs less than copper.