Think About Lowering Your Water Bill with Dual flash toilets 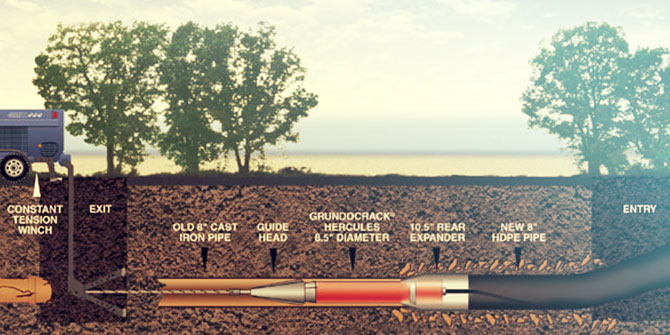 Sewer lines in Calgary are the most basic sanitation component in the home but it is also one of those things we never think about unless we are bolted to, which happens when a smelly sinkhole appears, when we hear gurgling sounds from the toilet or when the water drains out slower than usual. It is an uncontested fact that nothing lasts forever and that primarily includes sewers lines and the older they become the more problems. The process of repairing damaged Sewer Lines in the home generally depends on the type of material that the pipes are made from. Homes built after the 1980′s probably have sewer pipes made from P.V.C and it has a life span of well over 100 years, and those built before the 1980′s have sewer lines made from clay and they have a life span of between 50 to 60 years. This is aside from the brass piping used for the more extravagantly built homes.

Several other factors tend to affect the repairing of a damaged Sewer Line. Naturally, trees like moisture and their roots tend to grow in the direction of the source of moisture, so more often than not; their roots destroy the pipes by penetrating the pipes. Muck, grease, clogged tissue paper, tampons, plastics are the other reasons that sewers can be blocked and damaged so it is important to not the reason of the blockage before repairing the sewer.

There are several methods of sewage repair but usually the first is passing a camera thru the sewage system in order to identify the primary cause of the clog in order to initiate the repair of the damaged Sewer Line. One of the methods used to repair a damaged Sewer Line in Calgary is snaking. This is where a snake is passed to clear off the tree roots and at the end, it ends up actually causing more damage to the pipes. Another method used especially in the case where the tree roots are involved, thanks to root-rooter, the repair is done without yard damage and destruction of the tree roots and the damaged sewer pipe is replaced.

There is also the traditional method that can be considered where an open cut trench system is used to gain access to the surrounding portion of the damaged Sewer Line that needs to be repaired a back hole is used to work and refill the area. To be put also into consideration is what to do with the damaged Sewer Line, because the complete and utter replacement usually means that the expenses could sky rocket to close to $10,000 so pipe relining is done. At this point, the pipes are relined to ensure that they are able to continue function as per the previous function. The Repairing of damaged sewer lines cannot be done effectively without the help of qualified plumbers or repair companies and they can be gotten through referrals from friends and family. The better the experience, the better the results of the repair, of the damaged Sewer Line.